Goldfish poisoning is not uncommon. Usual symptoms include darting around the tank wildly, appear uncoordinated, gasping for air.

If you suspect poisoning check for the following: 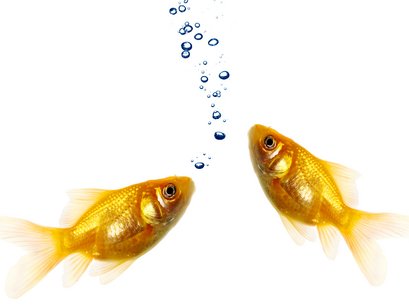